Hey there, beautiful bookworms! Today I’m super excited to be sharing with you my review of Meg & Linus by Hanna Nowinski, a fun and lighthearted tale of two best friends trying out new things during their last year of high school! I’m part of a blog tour hosted by Xpresso Reads; you can find other stops here. Do have a look at more interviews, reviews, and guest posts at the other blogs listed there! 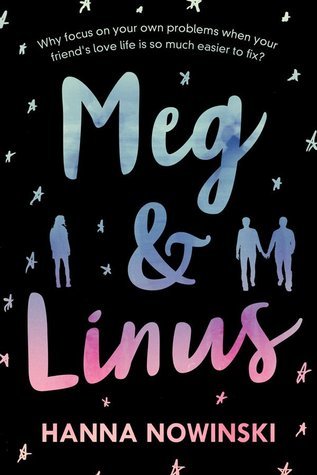 Meg and Linus are best friends bound by a shared love of school, a coffee obsession, and being queer. It’s not always easy to be the nerdy lesbian or gay kid in a suburban town. But they have each other. And a few Star Trek boxed sets. They’re pretty happy.

But then Sophia, Meg’s longtime girlfriend, breaks up with Meg. Linus starts tutoring the totally dreamy new kid, Danny—and Meg thinks setting them up is the perfect project to distract herself from her own heartbreak. But Linus isn’t so sure Danny even likes guys, and maybe Sophia isn’t quite as out of the picture as Meg thought she was. . . .

From crowdsourced young adult imprint Swoon Reads comes Meg & Linus by Hanna Nowinski, a fun friendship story about two quirky teens who must learn to get out of their comfort zones and take risks—even if that means joining the drama club, making new friends, and learning how to stand on your own.

There are LGBTQIA+ books that deal with the very real struggles and danger that LGBTQIA+ people face. These books can make you cry and rage at the injustice dealt on this community. And then there are those that just put a smile on your face because you’re having such a good time reading it. Meg & Linus is one of those.

I knew from the summary that I was going to enjoy this book. The leads are absolute nerds, smart, and unashamed and accepting about themselves. I like how the book showed just two best friends navigating through their last year of high school and trying out things they haven’t done before, and I think that the way they’re accepted by their friends and parents is refreshing. I love the positive relationship Meg had with her mom and how supportive her mom is of her. I also love how Linus’s parents dote on him and accept him and embarrass him in front of his date. This book is just so positive and fun.

At the same time, though, it doesn’t completely dismiss the fact that even until today, LGBTQIA+ teens face bullying in school and that other teens still don’t accept them for who they are. It still shows that society has a ways to go before teens like Meg & Linus are completely accepted, but that supportive friends and parents help make things easier for them.

I’m going to admit that there’s nothing “deep” or “groundbreaking” about this novel, but I enjoyed it anyway because I think there should be more books where LGBTQIA+ teens are put into the center of a positive, slice-of-life narrative. The friendship between Meg and Linus is strong, supportive, and encouraging. Their friends are great and their parents are a positive force in their life. I also like that both Meg and Linus realize when they’re wrong and apologize accordingly; after all, not every friendship is all sunshine and rainbows but what’s important is acknowledging when you’ve hurt someone or have been hurt and moving on from that with a stronger bond.

If there’s one complaint I have about this novel, it’s that both Meg and Linus could get into long internal rants. I know that it’s because of their character, but sometimes it takes an entire paragraph to say what can be said in one sentence and I tended to skip over some lines because of that. It also resulted in Meg and Linus’s voice blending together, and whenever I stopped mid-chapter and continued I’m confused for a moment as to who was narrating.

I liked this novel overall, though, and the positives definitely outweigh the negatives. If you’re into contemporary and are looking for a lighthearted, enjoyable read, Meg & Linus is definitely for you!

Visit the other blog stops here! 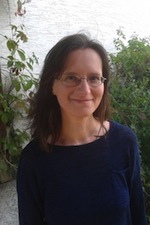 Hanna Nowinski is a language enthusiast and trained translator for German and English who lives in the middle of nowhere, Germany. She has wanted to be a writer since she learned that books were made by real people. As a kid, she made up her own bedtime stories, mostly sending her stuffed animals on adventures around the world. She loves books, music, coffee, and getting way too emotionally invested in TV shows. Meg & Linus is her debut novel.